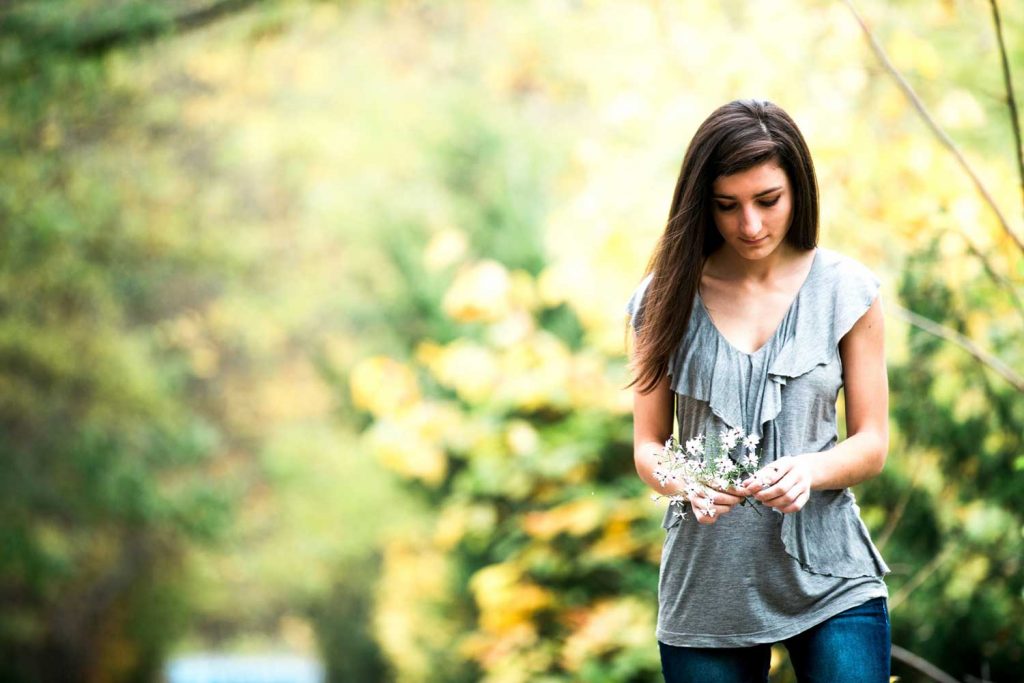 When I look into our youngest daughter’s inquisitive eyes, they seem to dance with wonder. Her creative mind sees beauty wherever she looks, especially when she is behind the lens of a camera. However, it hasn’t always been easy for her to express her self. Soon after adopting Rachel, then seven, from the Ukraine, we learned she had a processing disorder and dyslexia.

Verbal communication, reading and writing were difficult. Private schools, speech therapists and reading specialists were used in hopes of giving her the best opportunity possible. The fact that English was her second language only worsened the situation. But Rachel’s fighting spirit helped her to persevere; this was never more evident than at the eighth grade graduation ceremony.

“This year’s Presidents Award goes to the student for Academic Excellence when faced with adversity.  Rachel Madge will you come receive your award!” My poor sweetheart–embarrassed by the raucous and proud screams of her family, she had to be persuaded by those around her to leave her seat and ascend the stage.

It quickly became clear, however, that high school was going to present entirely different challenges; she needed to take a foreign language in order to graduate. This mama’s heart broke knowing it would be impossible for her to pass. To add another language to her brain when she had not yet perfected English seemed crazy to me. I knew I had to do something, so I wrote a letter to the board of education, attaching one of her recent essays to illustrate my point. Thus Rachel joined the one percent of students who are allowed exemption from a foreign language. A single battle won didn’t mean we had overcome the war, though.

“She will not be able to go to a four-year university,” stated her advisor.

Rachel cried, “But Mama, I want to go to college.”

Did I do the right thing…?

Rolled eyes were a pretty good indication she didn’t want to hear that the Lord had plans for her. Her defiance only caused me to pray harder, and a mama’s prayers can accomplish much. Doors seemed to open as two teachers embraced her and put her behind a camera. They asked her to join the Technology Student Association, and she soon flourished. Her Junior year, she took part in a state competition and won 2nd place for a short film she had produced.

As time passed, even with the great things happening, Rachel grew distant because her classmates were talking about where they were going to college. Her dad and I shared stories of the many successful people who hadn’t gone to college, but she didn’t want to listen. In an attempt to make her feel special, I set the date for her senior pictures. I chose a photographer that traveled the world capturing pictures in some of the poorest known areas. I trusted he would be able to capture her beauty, even though she couldn’t yet see it in herself. Early on he allowed her to hold his camera, and there was an instant connection. She asked him about his travels and he replied, “Rachel, I take pictures of people who will probably never be heard by others in the world. It’s my way of giving a voice to the voiceless.”

I watched Rachel come alive that day, and later she told me that she would like to do the same thing. However, it didn’t take long for the excitement to wane as she once again asked, “What am I going to do after graduation?” The following day, I sat at my desk staring out the window in dismay while she cried in her room.

It was that moment when a light bulb seemed to turn on. I remembered a conversation with a friend regarding Lee University in Cleveland, Tennessee. A Christian university that was noted as one of the top schools in the country for students with learning difficulties.

She will not get in. I had her exempt from a foreign language…

She didn’t do well on her ACT. There isn’t any way she will be accepted…

I don’t want any more disappointment in her life…

As I went through the process of talking myself out of applying, I heard the Lord say (not audibly), “Why don’t you see what I can do.”

Tears came to my eyes as I walked to Rachel’s room and asked her if she would like to apply to Lee University. Without hesitation, she said yes, probably not knowing anything about Lee at that point. It didn’t matter to her, though, she just wanted to go to college. Not only did we apply, but we signed her up for a campus visit. Imagine our excitement when we found out that Lee University had recently hired a vice president from Pixar and had built a new film department.

Overjoyed, we immediately scheduled an appointment with the department chair who provided learning accommodations; for example, a note taker in class.  As we shared Rachel’s story with her, I said, “We are so excited that she was accepted even without having a foreign language!”

Dr. Bradford was quick to reply, “Yes, but she will have to complete two semesters of a language in order to graduate from Lee.”

My bubble of joy popped. My mind raced as Rachel sat beside me looking down at the floor. Her shoulders slumped and the bottom lip started to quiver.

“Maybe sign language would be an option,” Dr. Bradford said.

“That’s considered a foreign language? Rachel is a very visual learner. That sounds like the answer.” I beamed. Rachel’s fast nodding head agreed.

Our daughter is now about to complete her second year. I’m not saying it has been easy, but she has shown, once again, that she is a fighter. After getting a B in sign language the first semester, it became apparent that she was gifted, and she has now declared it as her minor.

Recently, during my prayer and worship time, I slid from the couch to my knees. Bowed before my Father in heaven, I praised His holy name for how He had answered our prayers for our daughter.

“Lord, thank You for directing her path; when the world slammed doors in her face, You were there to open another one. I am so overwhelmed with your faithfulness and goodness.”

“A voice to the voiceless.”

“Yes Lord, yes Lord! Give my girl a voice for the voiceless not only as she works behind the camera, but also for those who can’t speak for themselves.” This mama became as crazy as a chicken with its head cut off!

Romans 8:28: “And we know that God causes all things to work together for good to those who love God, to those who are called according to His purpose.”

I’m so thankful I did not listen to my own thoughts of fear and doubt that would have worked to lead Rachel and I away from the Lord’s purpose. My hope is that this story illustrates how God can work in ways that are far beyond what we can imagine, much less understand. Is He whispering to you, “Why don’t you see what I can do?” It’s up to us to quiet the noise in our minds and…

“TRUST in the Lord with all your heart and do not lean on your own understanding.” Proverbs 3:5