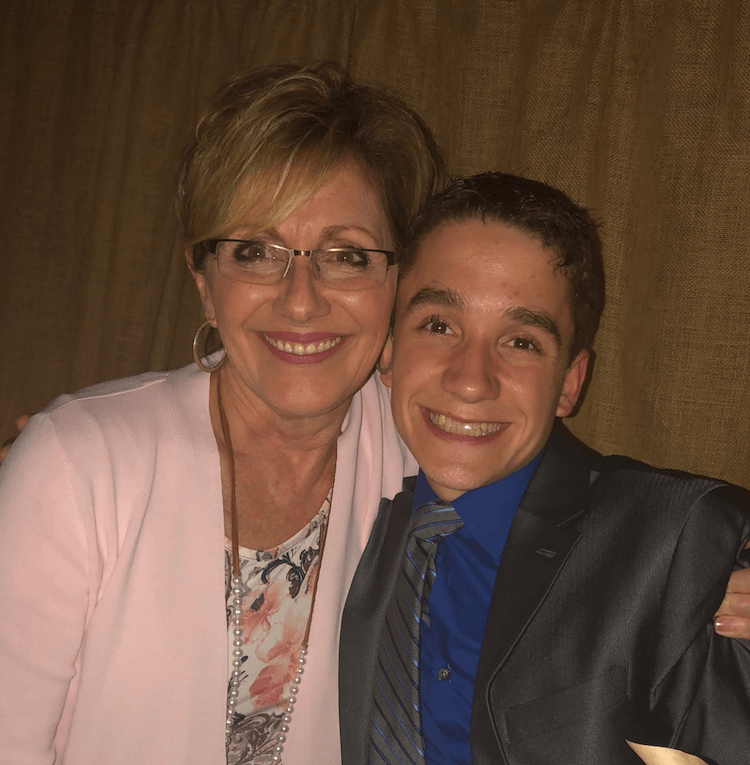 Our pastor recently started a sermon series on the book of Hebrews, specifically chapter eleven, which is known as the faith chapter. The opening verse says,

“Now faith is the assurance of things hoped for, the conviction of things not seen.”

Even though I had read this chapter many times, my eyes were finally opened to the beauty of these words and it caused me to reflect on what God did to increase my faith.

When we adopted our two youngest children we imagined that their lives would be remodeled, but I had not anticipated the refining of our own. Obviously, we trusted God and wanted to do His will–that is how the journey began in the first place. I would have told you that we had faith in God, but we really didn’t, not the kind of faith that would have earned a spot in chapter eleven with the hero’s.

The years following the adoption were not easy. Let me be honest: I felt as though we had been thrown into the pits of hell.

Luke was six and Rachel was seven when we brought them home. Over the first three years, things started to happen that brought destruction, anger, and much fear.  It wasn’t until our son Luke was diagnosed with RAD (Reactive Attachment Disorder) that a bit of understanding came.

You see, a child with RAD never learns to attach or to trust another human being in the formative years of life. In other words, Luke did not know how to love and when we tried to express our affection to him, he did everything in his power to push us away. Within the walls of the orphanage, he had learned to lie and manipulate in order to care for himself.

Interesting enough, one of the additonal symptoms of RAD is that he was a “charmer to strangers.” Outside of our home, he was the most funny and adorable little guy that you ever wanted to meet. Yet, when we entered our home, we were faced with a Dr. Jekyl–Mr. Hyde type personality. Therefore, we didn’t have anyone that understood because no one else was seeing what we were.

I feel so alone. God, why is this happening?

We adopted like you asked us to, so why does it have to be so hard?

On a day when I had completely lost hope, because I could not see how our family was going to overcome it all, I went to the basement to cry out to the Lord. While on my face in prayer the door bell rang. A young woman, who was an associate pastor at our church, felt a heaviness upon her heart to come to our home. Troy sent her to the basement and she knelt before me and said,

“I believe you are in a spiritual battle.”

“…Behold, Satan has demanded permission to sift you like wheat; But I (Jesus) have prayed for you, that your faith may not fail; and you, when once you have turned again, strengthen your brothers.” Luke 22:31-32

The days following — let’s make that years — I became hungry to understand what she meant by a spiritual battle, or what some call “spiritual warfare.” I first had to answer the question in my own mind as to whether I believed there was indeed a devil that battles with God to cause destruction in our lives. I’m not sure why I questioned it since the deception of the serpent started in the book of Genesis, but I came to understand that even people who had been in church their entire lives did not understand the battle that rages around us. However, it was the only explanation that seemed to make any sense to me as to why our family was being destroyed after we had walked in obedience to adopt two children.

John 10:10 “The enemy comes to kill, to steal and to destroy. I (Jesus) came so that you may have life and have it abundantly.”

There is a tug-of-war within this verse—evil versus good. Can you see it?

The hungrier I grew, the more God revealed in His word how to pray against such attacks and believe in His promises. Jesus was my example, when he himself battled for forty days. He used the Word of God, which is the sword of the Spirit, teaching me to do the same.

Then the final battle was won at the cross. That posed another question—did I believe the battle had been won since I was living in hell within the four walls of our home? I wanted to believe.

I cried out from the depths of my heart…

”…Greater are you that lives within me than he who lives in this world.” (Paraphrased from 1John 4:4)

I trust you Lord…

Teach me to do your will, for you are my God…

Then I realized: all the enemy wanted to do was to keep me from believing. As long as I doubted, I could not be effective in strengthening my brothers and sisters.

My faith grew, and guess what? Things changed. The more I praised God for what He was doing in our lives, and the more I rebuked the enemy for the lies he whispered, the more God moved on our behalf.

Remember….“Now faith is the assurance of things hoped for and the conviction of things not seen.”

I could not see how things were going to turn out in our family, but God taught us how to have faith in him—the one thing I had hoped for came true. Our son learned to love and he does it well.

Only God, who is Himself the promise and act of Love…