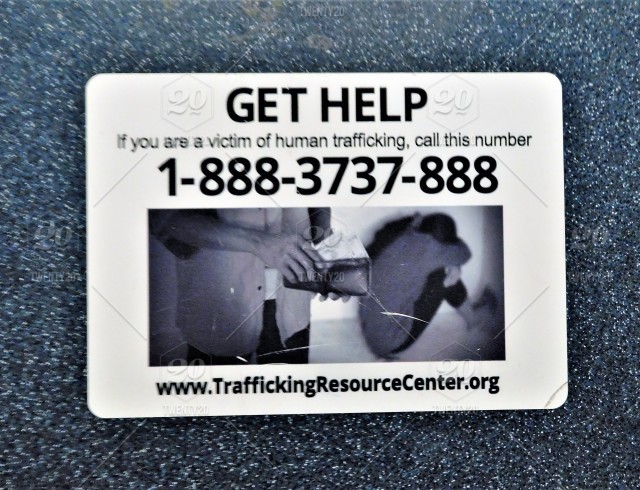 God works in mysterious ways. I can hear my sweet grandmother telling me that right now. I never understood what that meant growing up, but now I find myself repeating the same thing.

One night we were invited to meet a man by the name of Beni Lup from Romania. Friends of ours were having a small meeting in their home so that others could come and hear Beni’s story. As the hour approached, my man decided that he didn’t want to go.

“Rhonda, we are involved in other ministries right now. I don’t feel good and I’m not going.”

To which I graciously replied, “Yes you are. I told them we were coming and we can’t back out at the last minute.”

My man wasn’t happy with me to say the least. I can see in hindsight that the enemy was doing his best to keep us from that meeting, and something stirred within me to tell me so.

As Beni unfolded the details of his life and how he was persecuted for being a Christian, tears fell from Troy’s eyes. Intrigued and hungry to learn more, we asked Beni to join us at our home for dinner so that we could hear more of his story, though we were still uncertain of what God was doing. A quick reminder–Jesus is a fisherman and He had certainly thrown a hook our way.

The next night, Beni came to our home and the three of us found ourselves deep in conversation. I was drawn to this gentle, soft spoken pastor, who was also an attorney and had been placed in positions of political power within the Romanian parliment and the European Union. He shared with us that he was facing situations in which the government was calling upon him to help with young girls who were being rescued from the sex trade. He explained that he was placing these girls within the homes of church families in order to give them a place of hope while they cared for their medical needs. He then unfolded a vision: he wanted to build a center, a place of restoration, because the needs were so great.

Two weeks later,  I sat down at my desk to start the day. One of the benefits of being in pharmaceutical sales was that my office was in our home. Scrolling through a multitude of emails, the word “Congratulations” caught my eye.

I want you to go to Romania…

I turned to Troy sitting at his desk and said, “I just won a trip to Portugal, but I think it’s an opportunity for us to spend a couple of days in Romania.”

I even surprised myself with those words, but I felt that it was God’s plan unfolding. After quickly searching flights, we found we could extend our trip and fly to Romania for only $350–a confirmation for sure.

A few months later, we found ourselves with Beni in a government center known as a half-way house for the rescued girls until they could be sheltered in a secure place. Three girls had just been brought in. Due to Beni’s credentials, he asked if I could meet with one of them.

I was placed in a room by myself to wait. My heart pounded as I questioned the Lord as to what to say to the girl. What could I possibly say in a short amount of time that would bring her hope? Romans 10:13 says, “Everyone who calls on the name of the Lord will be saved.” I wondered if she knew that.

Anna walked in the room with an interpreter. Her beauty caught me off guard, with black thick hair that softly framed her face and blue eyes the color of the ocean. She sat down across from me and I reached for her hand. Tears came to my eyes, but her’s remained cold and distant–Anna was merely existing.

The interpreter repeated my words, “Anna, I’m from America. I’m here today to try and understand how we can possibly help young women like yourself. I don’t pretend to have the words to help you, but I know in my heart that I need to do something and I’m trying to figure out what that is. Do you feel like sharing with me any parts of your story?”

Her eyes never left mine for a second as she spoke, “I’m fifteen years old and I grew up with my grandfather. My best friend talked me into running away to a nearby city to get a job and have fun. We started to work at a pizza place and the owner told us we were too beautiful and talented to stay there. He said, ‘You need to go to school and learn a trade like a massage therapist to make big money.’ He introduced us to a man from Italy that we thought was taking us to a school. He had other plans. Everyday, we were forced to have sex with men from four in the afternoon until four in the morning–there were days that I had sex over forty times. Then there was a man that asked me how old I was. When I told him I was only fifteen, he snuck me out and brought me to the border control. Now I am here.”

Anna told her story without one tear or sign of emotion.

When I asked, the interpreter rose and told her it was time to go. I gripped her hand and  told her to pray to Jesus, but the interpreter said nothing and I don’t know if Anna understood me.

I can’t find the words to express how I felt that day. I wanted to hug her as a mother would and tell her that she would be ok, but instead she was ushered out as quickly as she was brought in. However, I knew the Lord was showing me why He wanted Troy and I to be involved–to hear about sex trafficking is one thing, but to sit in front of a young woman who had experienced such devastation opened my heart to join the fight.

Beni latered learned that the half-way house was corrupted. Anna was sold once again.

I hope this story can open your eyes to how God unfolds His plans. At times they can seemingly border on the absurd, while others appear to be no more involved than simply holding a child’s hand. They are, however, at all times intricately related to accomplish His desires.

Troy and I joined Beni, along with two other couples to form a non-profit called Bridge to Europe to fight against sex slavery. You might ask–why not here? God called us to Romania. However, there isn’t any question, the needs are great within our own back yards.

“Then He said to His disciples, ‘The harvest is plentiful but the workers are few.'” Matthew 9:37