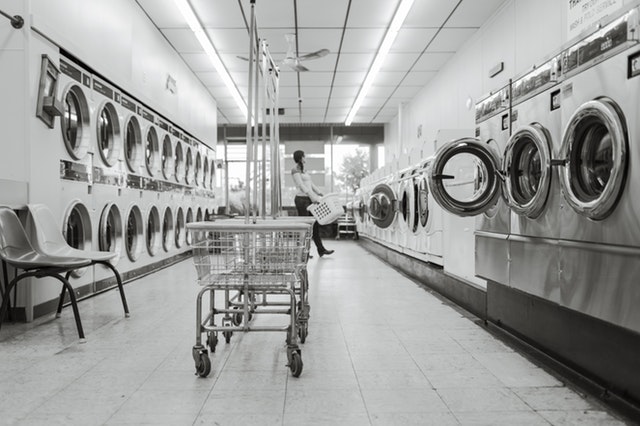 Joy was the word for the day when my new washing machine and dryer arrived last November. The excitement faded rather quickly, though, once I had scheduled a repair man for the third time. Yes, you read that right. When, after the second repair, they completely stopped working, we were told that it had been installed improperly. The electrical panel was fried. A war of sorts began, between the manufacturer and the store we had purchased from, to see who was going to be responsible for the mistake. The waiting game lasted for twenty-four days.

My mama always said that one can catch more flies with honey than with vinegar. The Bible says it this way, “Death and life are in the power of the tongue…” Proverbs 18:21

You have got to be kidding me? Another week…

I was also raised to treat others the way I wanted to be treated, but oh mercy me, every time someone said they did not know how much longer it would take to rectify the situation, I pressed my lips together as tightly as possible, fearing that what was in my head was going to spill out of my mouth.

Sadly, a trip to the laundromat became necessary. I knew things had gotten desperate when I overheard our youngest son, Luke, and his dad discussing how many pairs of clean underwear they each had.

“Two pair dad. You can have one of them.”

Now one of them has a larger bottom than the other. I’m not going to reveal which one, but I certainly knew it was time to trek to the place I was trying to avoid at all cost. Lost circulation is reason for drastic measures.

I arrived with quarters in hand and was greatly surprised that no one else was there. After loading up two of the largest machines, I sat down to enjoy a good read. A few minutes later, an obviously distraught woman entered at a fast pace and ran toward the restroom. Not long after, she walked out, looked at me and asked, “Have you ever had a really bad day?”

I looked in the eyes of this disheveled, dark-haired woman about my age and said, “Yes Ma’am, I have. What’s going on?”

“Oh my husband can just be hard sometimes. You know what I mean?”

Before I could answer, a large man burst through the door; the woman quickly turned from me and smiled at him as though all was right with the world. I recognized her attempt to calm the tensions between them. In an effort to help her and break the ice, I said,

“Did your washing machine break?” I asked.

And I whined about coming…

Lost in my thoughts, another couple walked in with a new born baby. The sweet little cry told me the baby could not be more than a month old. Without any laundry, they walked to the back to use the facilities. The baby’s cry intensified. I knew something was wrong, so I pretended to check one of my loads so I could take a peek at the situation.

The father was in the bathroom as the mother sat in a chair, her baby laying beside her kicking it’s tiny legs, screaming, clothed only in a diaper. No comforting hand touched the baby and there wasn’t a bottle in sight. The mother only looked at the walls as though lost.

Should I offer to hold the baby…?

The father walked out and threw a glare my way as if to say, “Get lost.”

I returned to my seat and silently prayed; asking the Lord what I should do.
The baby continued to cry and the tears from my heart started to fall. I felt as though I was watching a movie play out around me.

Were they doing drugs in the bathroom or were they homeless…?

He knows I’m watching them. I better not get involved…

Finally, I heard the bathroom door slam. Minutes later they walked passed me with the baby in the man’s arms — still crying. I found myself thankful that the child at least was dressed. The parents both glanced towards me; their faces ladened with obvious burdens from this world.

There I sat, in stunned silence surrounded by dryers and washing machines in the middle of one of the wealthiest county’s in the United States, witnessing first hand the pain of others. It seemed the Lord was lovingly teaching me that on this day my little problems paled in comparison to those around me. An abusive husband, a child that needed care, a father that can’t provide — these are problems. A broken washing machine is only a frustrating inconvenience. It definitely brought new meaning to,

“Do everything without grumbling or arguing.” Philippians 2:14

In the midst of this, I realized it doesn’t matter whether I’m talking to a customer service representative about a repair or sitting in a laundromat, I am to be a reflection of Jesus. I, no matter the situation, need to…

“Conduct yourselves with wisdom toward outsiders, making the most of the opportunity. Let your speech always be with grace, as though seasoned with salt, so that you will know how you should respond to each person.”
Colossians 4:5-6

Are your personal grievances limiting your ability to express love and kindness to those around you?

If all else fails, it helps to press your lips together real tight and bite your tongue.